The museum collection is a varied social history that reflects and celebrates the culture of Lincolnshire and its people from 1750 to the present day. Exhibits illustrate commercial, domestic, agricultural, industrial and community life.

A range of exciting improvements are planned which include improvements to the museum’s reception, gift shop and courtyard, including the creation of a new outdoor play area. The museum’s storage area will also be refurbished and opened up to the public for the first time.

The improvements will also make the museum more energy efficient, reducing its carbon footprint. The changes have been made possible thanks to a grant worth £335,000 from Arts Council England, with Lincolnshire County Council contributing a further £200,000 of funding. 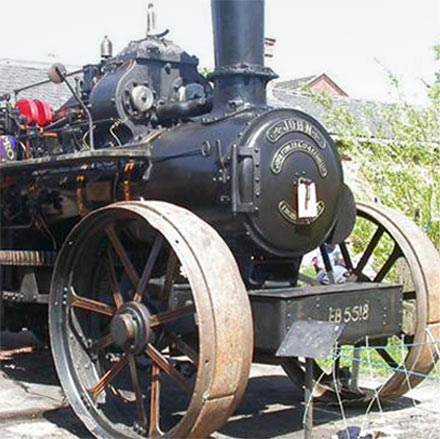 The Collection brings together an award winning archaeology museum and the region’s premier art gallery, the Usher Gallery, in the heart of historic Lincoln.

The Collection and Usher Gallery play host to a huge variety of historic and contemporary art exhibitions throughout the year. Alongside these we regularly put on talks and events that add another dimension to the exhibitions and displays on show. 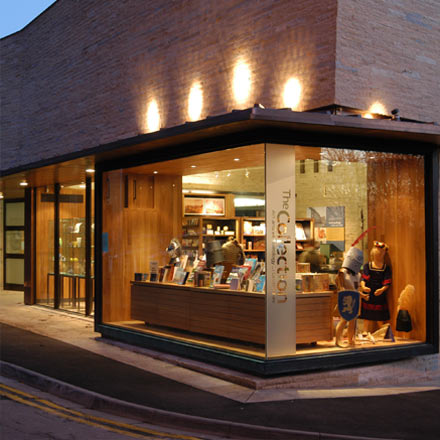 The initial Roman occupation at Lincoln was a military fortress built on the top of the hill about AD60. It was constructed in timber by the 9th legion Hispana and vacated in AD78by the 2nd legion Adiutrix, which succeeded the 9th in AD 71.

By AD96 the fortress site had been designated as one of only four known Roman coloniae in Britain, the highest honour bestowed on any provincial city.

The 2nd and 3rd centuries saw expansion of the colonia, and in the 4th century Lincoln became administrative capital of one of the new provinces of Roman Britain.

A tour of the visible Roman remains in the city mainly consists of the remains of the city defensive wall and gates. 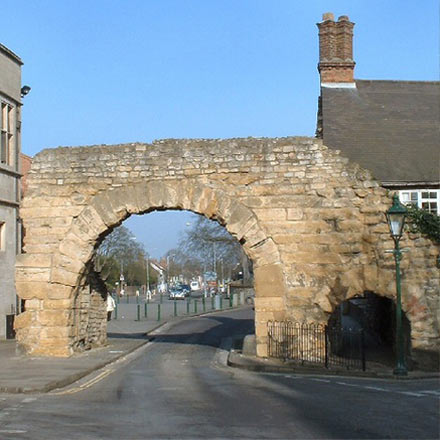 Lincoln's earliest church St Paul in the Bail was in the courtyard of the Roman forum, probably built in the 7th century. The adjacent Roman Well is thought to have determined the location for the church; an association which is rare in Britain.

The well has been protected from the elements as part of a refurbishment of the wider Bailgate area in 2010 and may well have been dug by the Ninth Roman Legion in the mid-first century AD.

The site of the church remains a place for quiet contemplation. Bound gravel surfacing has been used to surround the footprint of the church, which is defined by granite setts. 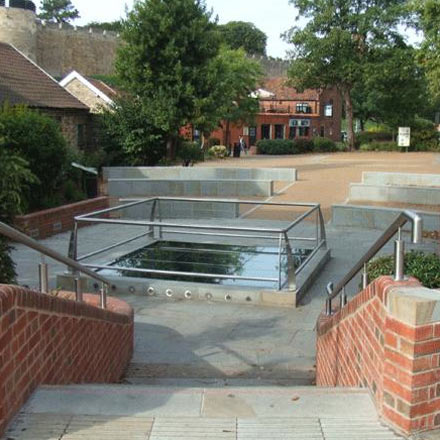 Bailgate and Steep Hill forms the North South axis between the Roman North and South gates and is on the line of the famous Roman road Ermine Street. At one end of Bailgate is Newport Arch, originally the North Gate of the Roman walled city and is now the only surviving Roman gateway in Britain still used by traffic. The other end of Bailgate leads into Castle Hill, the medieval space which forms the setting across which the Cathedral and Castle which date from 1072 and 1068 respectively, face each other.

Bailgate is noted by locals and visitors alike for its village atmosphere, individual shops and eating establishments. Steep Hill, also within the Conservation area leads down to the lower city, the river and the Brayford Pool. It is quite as steep as it sounds, but is lined by speciality shops and eateries which provide ideal resting places! 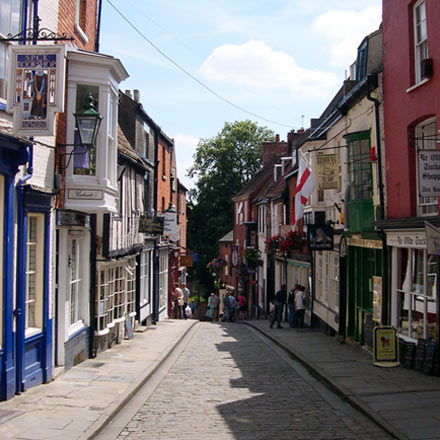