The first Cathedral was started after William the Conqueror ordered Bishop Remigius to establish a Cathedral in Lincoln in 1072.

The heavy rounded arches at the west front are believed to date from Remigius’s original structure designed to set William’s Norman stamp on the country he had invaded.

It was in 1092 that this first Cathedral at Lincoln built by Bishop Remigius was consecrated. Remigius, a Benedictine monk was the first Norman Bishop of the largest diocese in medieval England, extending from the Humber to the Thames. The cathedral of this diocese had been at Dorchester, near Oxford, but in 1072 William instructed that the Bishopric should be moved to Lincoln.

Lincoln Castle had already been established by William, located in the south-west corner of the old Roman upper city. The new cathedral was built of Lincolnshire oolitic limestone opposite the castle in the south-east corner.

For more information on the history of Lincoln Cathedral, please follow this link

The repair and restoration of an old building never ends. Its time scale is measured in centuries rather than years.

Lincoln Cathedral, so rich in sculpture, carved woodwork and medieval glass, is especially vulnerable to the effects of hard winters and atmospheric pollution. Masonry is constantly subject to erosion and may become a public hazard unless repaired; bulging glass has to be removed, cleaned and refitted; rotten timbers must be replaced; the lead on over three acres of steeply pitched roofs must be removed, re-cast and refitted securely to prevent slipping and buckling.

The works department has 25 skilled craftsmen who are constantly working on the repair of the cathedral.

The Fabric Fund was set up many years ago to raise money to meet the cost of repairs to this magnificent building. More information.

“The relationship between worship and music is extremely ancient, going back beyond even the dawn of Christianity. The impulse to illustrate and embellish our most precious sacred practices with music has found glorious expression in the writing and performance of choral and organ music in this country. A national treasure, English cathedral and collegiate choirs are the unseen guardians of an astonishing musical heritage stretching back nearly a thousand years.” Lincoln Cathedral.

Follow this link to the Choir page to find out more about this tradition. If you are interested in Lincoln Cathedral’s concert and recital schedule, please click here. 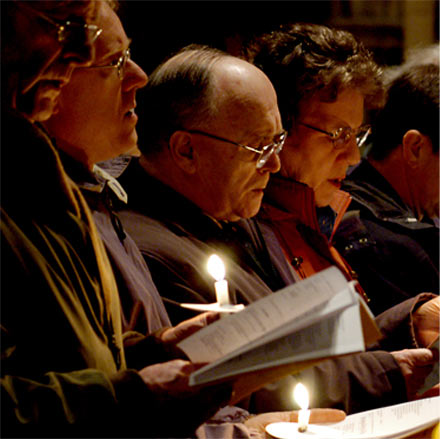 Massive oak reading desks (part of a fifteenth-century chained library) and a stunning book-lined gallery created by Sir Christopher Wren – this is the fascinating world that awaits the visitor at the top of the Library stairs.

At Lincoln Cathedral you might find on display a tenth-century manuscript – older than the Cathedral itself – or a rhyme about Robin Hood, the fifteenth-century scribbling of a bored schoolboy. The regularly changing exhibition, open to all Cathedral visitors, may include an atlas of hand-coloured maps, a book printed by William Caxton, or a first edition of the Spanish classic, Don Quixote. 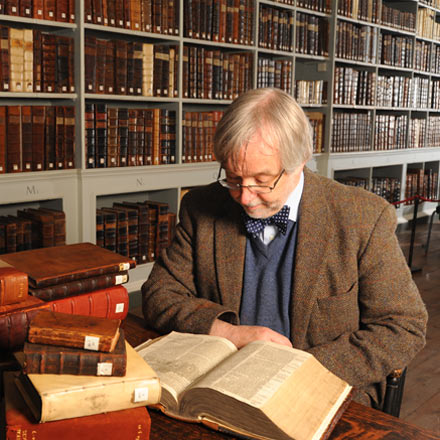