When the Romans first marched northwards they recognised the importance of the site where the castle and cathedral sit today. During the reign of the Emperor Nero (c.60 AD), earth ramparts were built around an area of about 40 acres (16 hectares) on the hilltop to make a fort that was almost square in shape.

In Norman times, Lincoln was the third city of the realm in terms of prosperity and importance. The city even had its own mint for making coins. On Christmas day 1066 William the Conqueror was crowned king in Westminster Abbey and immediately began the ruthless suppression of the former regime.

In 1068, two years after the Battle of Hastings, William the Conqueror began building Lincoln Castle in one corner of the pre-existing Roman fortress.

One of the first structures on the site was the Lucy Tower motte and its bailey, to which another motte and stone walls were added early in the 12th century. These would have dominated the skyline along with the nearby Cathedral begun in 1072.

A gaol at Lincoln Castle is documented from the mid 12th century. There are extensive records regarding the gaol in the 14th century and it became one of the principal crown gaols in the land. From the 18th century the use of the Castle as the County Gaol is dominant and major additions were undertaken in the early 19th century. This was designed for the implementation of what was known as the ‘separate system’, a harsh regime which denied inmates any human contact. The system was short lived but Lincoln stands out as the least altered and most complete survivor. The unique chapel represents the fullest architectural expression of the separate system.

At Lincolnshire Archives we have detailed accounts of the prison building, records of court proceedings, prisoner accounts and many human stories including the journals of the Governor, Matron, Surgeon and Chaplain. This all gives us a very complete understanding of how the prison operated.

In recent years only the chapel and the female prison have been accessible, the larger male prison has never been open to the public and this will be restored and its stories told. 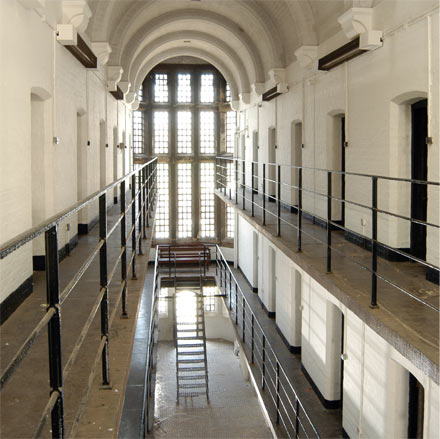 There are just four surviving original exemplars of the 1215 Magna Carta. Ours is inscribed Lincolnia on its reverse, it is owned by Lincoln Cathedral.

The four surviving copies of the 1215 Magna Carta have been awarded ‘Memory of the World’ status by UNESCO, in recognition of their outstanding universal value. Apart from the one at Lincoln, there are two at the British Library (one quite badly damaged in a fire) and one at Salisbury.

It is written on a single membrane of parchment. The text, written in iron gall ink, consists of 54 lines of closely-written and abbreviated Latin, in the neat hand of one of the clerks of the royal chancery. Magna Carta was drawn up in 1215 when King John’s barons forced him to agree to limitations on his power because he had levied heavy taxes to pay for his unsuccessful wars abroad and charged excessively for the exercise of royal justice.

Magna Carta lays down the principle that 'No free man shall be arrested, or imprisoned, or deprived of his property, or outlawed, or exiled or in any way destroyed, nor shall we go against him or send against him, unless by legal judgement of his peers, or by the law of the land'. This became the fundamental principal of English justice, the basis of the United States Constitution and part of the law of all modern democracies. 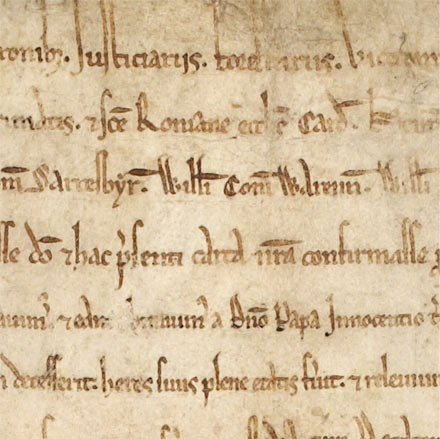 Nationally heritage skills training is insufficient to provide the next generation of crafts people, vital to the survival of our historic building stock.

This was the catalyst to the decision to build the Heritage Skills Centre at Lincoln Castle, itself undergoing a major regeneration.

The first new building within the Castle for 150 years, it has been built to the highest standard, partly because it fits within a building that dates from 1068 and partly because it must reflect on the quality of work that is being taught within it. This building should be an inspirational place to learn heritage skills.

The construction in the 1820's of the Crown Court provided the prison authorities with a problem of decorum as up until then the debtors had the run of the bailey. The solution was to confine the debtors to a new yard. A massive retaining wall was built, while all the ground to the south of it was excavated some 4m below the level of the Castle bailey. This sunken area has provided us with an ideal site to place the Skills Centre. 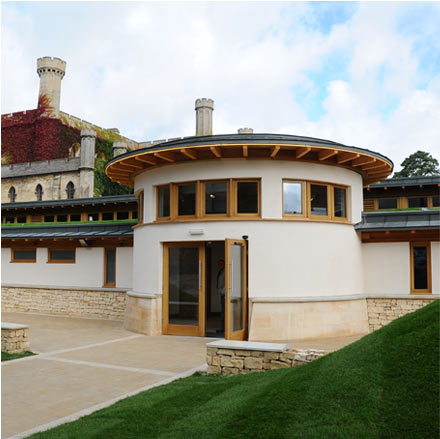 The Castle was William the Conqueror’s very visible symbol of aggressive power, whilst his Cathedral was to provide the “hearts and minds” approach. Ditches are prominent on the west side, although those on the north and east sides were filled in during the 17th and 18th centuries. To the south the land drops away, resulting in the ditch being minimal. There are two gateways, the one on the west side being considered to be originally the most important one. Projecting from the gateway was a barbican, parts of the northern and southern walls still being visible.

In the later medieval period the western gateway was abandoned and the gateway on the eastern side, opposite the Cathedral, became the main entrance. In effect, the Castle became the inner bailey, with the town and its walls as the outer bailey.

There are a number of towers along the castle walls. The Lucy Tower is actually the keep standing on the motte; it is probably late 12th century, although 19th century modifications have been identified. The flat buttressing with roll-moulding on the set-offs appears to be genuine. The main gate of the keep is on the north side, with a second gate leading out onto the berm of the motte on the south side. Cobb Hall, the north east tower is relatively small and is rounded on the outside; it dates from the 13th century. Many stone cannon balls were discovered in Cobb Hall in the 18th and early 19th century, leading to the name – a shortened version of 'cobble'. 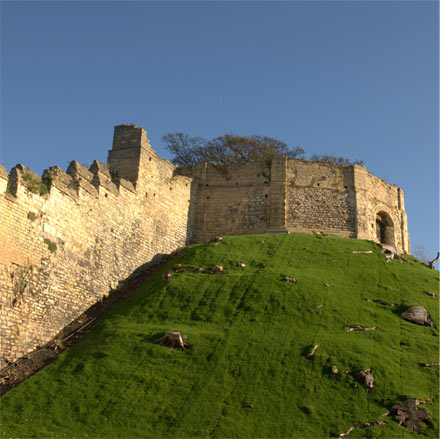